As a member of the MARIS community, your safety is — and always will be — our number one priority above all else, and it's important to be aware that no one is exempt from the possibility of illness or danger. That's one thing our friend Bob Madewell hopes viewers will take away from sharing his story about his own run-in with danger. We invited him to share his story with us so that maybe his experience could help save a few lives. For more REALTOR® safety resources, check out our MARIS REALTOR® Safety Resource Page now:

Helping families find a place to call home is very fulfilling to me. It's one of the reasons even why I became a home inspector. I wanted people to find a place that is not only perfect for them but made well, which is my last name - which is a play on on my last name...it's my tagline, actually.

So my name is Bob Madewell; I am now a real estate agent, but how I got into the industry is as a home inspector. So, for six years I was a home inspector, and this last year, during the pandemic, I decided to get my license. So, I got my license actually in February, so I'm a brand new shiny agent.

So, on July 30th of this year, I was contacted by a client who wanted me to go to a house that had recently become vacant — it was a rental property — to list it, to sell it. It was later in the afternoon, and I was in a hurry. I wanted to go there, I wanted to take the pictures, and I wanted to go home, and I wanted to eat dinner. It was Friday night, and my wife was cooking dinner, and I didn't do all the things that I should have done. I didn't do all the things that I've taught myself to do over the years. So, I didn't walk around the house. I didn't, you know, check my surroundings. I didn't pay attention.

So, I go into the house in a hurry. I noticed that something was wrong when I saw that the electrical panel in the building was missing. The whole panel was gone. And so, I'm like, "I gotta get out of here. Something's not right." So, I was going go outside to call the police, and when I went outside to call the police, before I made it outside of the house, somebody grabbed me from behind, and my first reaction was - I was surprised. I was shocked and like, "what the heck is going on?" I fight him off, and I think, "OK, it's over with." I'm like, "yeah, you better run out of here, punk." 'Cause we struggled, he left, and then the second guy attacked me, and he was a little bit more adventurous. He had grabbed a metal bar out of the closet and began to hit me with it to the point where he hit me on my knee, which made me fall into the ground, and he didn't stop there. He kept hitting me with it, and I really thought, "Oh, my God, I'm going to die. I don't know what to do." I'm on the ground, on my hands and knees - or elbows and knees - covering my head to protect myself, thinking, "what's next?" And I pray - I'm a man of God - and I was praying to God. I was like, "God, please make this stop or help me," and he did, he helped me. The kid decided to take a golf - instead of hitting me over the back of the head - he decided to take a golf swing at my face, and during that moment, I looked up to see what was going on, and I actually caught the bar, and I pulled it away from him. I jumped up, and then I think that's when, like, everything came together. I'm like, "God's here with me. I'm going to survive this." And he ran off. Now, after it all ended, I'm sitting there, I'm wondering, "is there anyone else?" I'm wondering if they're going to come back, and then when, I guess, everything relaxed, I just kind of collapsed.

When I was conscious again - when I realized that I was safe - I called the cops and then I called my wife. The police came, they took as much information as possible, they took the metal bar, they swept the area... I mean, they really did try to do something there. There just wasn't a lot that they can do because, again, I don't know how long I was passed out. Thinking about it after the fact, you know, again, I've what if'd it to death, but thinking about it after the fact, if they would have had worse intentions and they worked together, I wouldn't be talking to you today, and that's the scariest part, you know, or what if he would have - the first guy - would have pinned me down and kept me on the ground and then the other guy came out to help him? Maybe that's what he was waiting for was the other guy to come out and give him a hand.

Not only are the what ifs horrible, but the after effects, I don't think a lot of people talk about this as much as they should. There's a bit of PTSD, like, I'm having nightmares to this day about what happened. It's only been a couple of months and - I'm not going to lie - I've actually started talking to a professional just to kind of get some help because I realized that I wasn't sleeping very well. So, it's traumatizing, and I, as a guy, I hate admitting that, but it's the truth.

So, as far as physical injuries go, I had a concussion at the very beginning, I had multiple bruises and lacerations, I did have some some problems with my kidneys for a little bit afterwards because of where they hit me at on my back, I had some problems breathing because of the bruising around my ribs and my lungs, but I have two tears in my knee: one on the side of my knee and one in the back of my knee on my right leg. So, I have surgery scheduled and they're talking four to six weeks of rehabilitation to be able to walk properly on it again after the surgery.

Because of this situation, I have thought of some things that I think that would be very helpful to other REALTORs to be more safe during their everyday activities, right?:

1. Recently, I've learned that there's apps that the Association and MLS provide; I would download those apps. I would try to use those apps. I did not know about them before until all this happened, and I'm glad that I've been made aware of them, and I'm going to start using them as well - and I suggest that everyone should do the same.

3. I think dialing somebody in and having somebody on the phone, if you can't have somebody there with you, would be a good idea.

4. I think announcing your presence as you walk in the house, "Hey, I'm a realtor. I'm here to show the place." Give them a chance to to find a way out of the house.

What can you do differently, right? As human beings, we become complacent, we get into autopilot, we get into routine, but I want people to realize that this can happen anywhere. It can happen in any city, and we need to stop thinking that it can't happen to us. These guys are willing to do this to me? What would they have been willing to do to somebody else? Being that I'm a bigger guy, if it happened to me, it can happen to you, and selling your home that day or showing a home that day or listing a home that day isn't more important than your life and going home to your family. I hate saying it, but I almost didn't go home to my family, and I don't want anyone to go through what I'm going through. We should do everything we can to be safe. 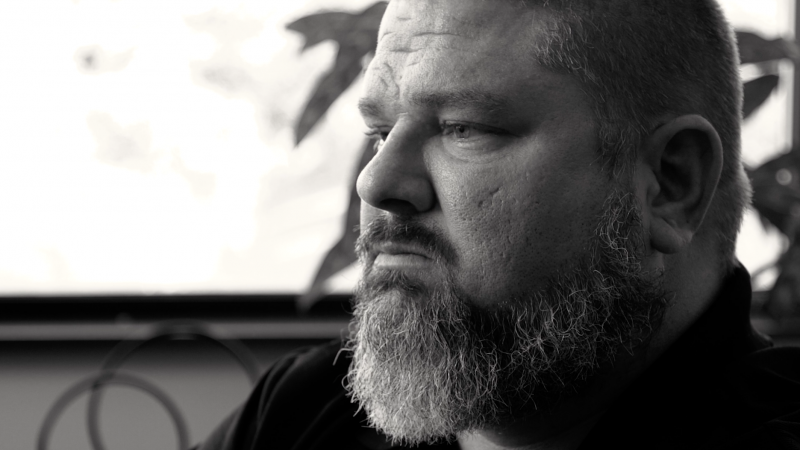 As a member of the MARIS community, your safety is...